In a meeting with a cup of coffee and a toast, I met Emilie, she is French and it wasn’t so long since she had spent three months with the peasant movement in Argentina. I had only a few days left to cross the Atlantic. In three hours interchanging ideas, expectations and experiences about that country, a giant concept showed up in our conversation, a concept that has been emptied and filled up an endless number of times by large organizations, teachers, activists and journalists: poverty.

Since I arrived in Argentina, people from Spain have asked to me many times: is there much poverty there? Yes, and also there is a huge social inequality. However, I regret not fulfilling the idea of some of them that relate peasant or indigenous people as poorer subjects. I saw most of the poverty in urban areas, where you can still feel the consequences of people who, dispossessed of their lands, by the lack of resources and the decline of agriculture as a means of subsistence or simply longing that the city would offer ‘something better’, migrated to large urban areas and fell into the so-called “villas miseria“.

They sleep under the highway during the day or in gateways along the way to the Museum of Latin American art. There are thousands of families affected by all the problems that arise when you live without economic security and with a lack of education and rights: drug trafficking, thefts, low levels of education, risk in health, precarious childhood development, prostitution, alcoholism, etc. In Buenos Aires, the shantytowns have remained in many cases within the city centre, on other occasions surrounded by walls, but not by their own walls but the ones of the so-called countries, which have been built around. Some of these countries, ranging from an upper middle class scale to the richest people in the country, have their own lagoon where the great lords can sail with their boats. It is a rich’s cage, attached to a poor’s cage which is allowed by the State and which corroborates that vision that we have from the West of social inequality in Latin America. However, for the curious people I would add to the answer: look to the West and get shocked too, because there are reasons, is there poverty in Spain?

One response to “Perceptions: urban poors” 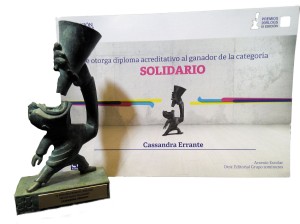 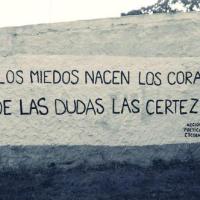 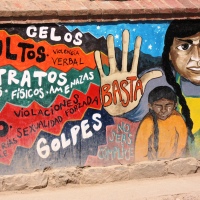